The Trump administration promised last Thursday it will impose 5% tariffs on all Mexican imports starting June 10th, that is, unless Mexico slows the flow of undocumented migrants. The tariffs are planned to jump by five percentage points monthly, slated to reach a scream-worthy 25% by October, according to the administration.

In an effort to reduce illegal immigration, President Trump reiterated again this week that he plans to move forward with these tariffs. But what does all of this mean for consumers, the economy, supply chain, and of course, avocados?

There are many questions in the air, like will Republican senators vote the bill down? And Where do retailers and logistics companies go from here?

Because, according to CNN, it isn’t only “about avocados and auto parts”. Imports from Mexico are prevalent in every part of the US economy—and our supply chains. 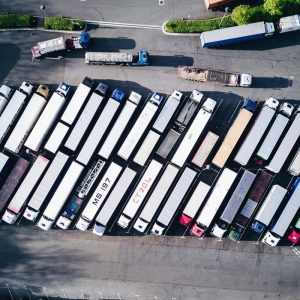 This is a Big Deal

How big? In the first quarter of the year, Mexico eclipsed Canada and China to become the largest American trading partner with an estimated $50 billion a month in imports and exports through this year. The tariffs Trump has planned are sweeping, including almost everything coming north across the border. And since they aren’t targeted in the typical way tariffs are usually levied, the impact could be as dramatic on our economy and our supply chains.

Rufus Yerxa, president of the National Foreign Trade Council said taxing imports from Mexico is a “dangerous and destabilizing move” and moreover, a “terrible economic policy”.

According to the U.S. Bureau of Transportation Statistics, U.S.-Mexico trade rose 10.2% last year over the year previous. And the logistics segment is positioned to get hit—hard.

The U.S. Chamber of Commerce revealed that Texas is positioned to be hit the hardest by the tariffs proposed on Mexican products, followed by Michigan, California, Illinois and Ohio. A 25% tariff come October would jeopardize $26.75 billion of Texas imports.

Trucks moved almost 70% of the goods trade by value across the American Mexico border last year. Vigorous trade flows have sparked dramatic investments in warehouses close to the border as demand started to outpace supply.

And this isn’t the first time border control issues and politics have impacted the U.S. logistics industry. Truck shipments were stalled this spring as the U.S. Customs and Border Protections staffed more agents at checkpoints for Border Patrol. What was the result? Longer backups. Backups that can only extend if the threatened tariffs trigger a boost in northbound demand—a surge that is already being felt. 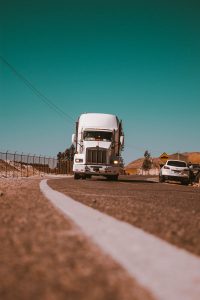 The Demand is Unstoppable

Some importers have already started strategizing shipping goods more quickly into the states from Mexico ahead of the threatened tariffs according to the Wall Street Journal. The current political and economic climate is setting the stage for shipments to explode at an already congested border with limited warehouse and trucking capacity.

Frank McGuigan, chief executive of Frisco, the Texas-based transportation management and logistics operator with an abundant presence along the southern American border shared with the WSJ that major companies are saying they need to start moving their goods. It’s happening already.

“Shippers are saying, ‘What are our options?’” McGuigan told the publication. “Right now, you need capacity and you need speed… This is the very definition of supply chain disruption.”

How are you responding? We want to hear from you. Please share in the comments below or join in the discussion on the official Let’s Talk Supply Chain LinkedIn page to share with others in the logistics community.