Here’s How the Fresh Supply Chain Can End World Hunger

There’s a lot of noise in the news these days with global economies and environments up in the air, but one crisis isn’t getting the attention it should. World hunger is still a world-wide epidemic. These numbers are shocking, devastating and undeniable. So, let these stats soak in for a minute before we get to the good news:

The U.N. has declared global hunger as the largest world crisis since 1945.

Now let’s talk about food waste. Almost 33% of all produce is wasted—that’s 1.3 billion tons of food—about $1 trillion every year.

There’s a major problem with the supply chain when food waste outweighs world hunger, right? If you agree, keep reading because there’s signs that we’re ripe for a sea change—supply chain professionals and retailers can end world hunger forever.

Exciting right? Now before you go bananas let’s look at how brands—namely Kroger—are setting the example with real ways we can start closing the hunger gap now.

About 10% of food on grocery shelves goes wasted and oftentimes that includes reject produce. The double-headed tomato or I-didn’t-know-they-came-in-that-shape carrots. And that’s exactly why just this year, Kroger launched an ugly produce brand to change the way shoppers think about their fruits and veggies.

The brand called Peculiar Picks is fueled by a mission, reducing the more than 6 billion pounds of produce that goes wasted annually. The project is part of Kroger’s Zero Hunger | Zero Waste initiative with the ambitious goal of reducing waste across the company by 2025.

And Kroger isn’t the only grocery brand to get these flawed but healthy fruits and veggies back in the mix either. Back in 2016, Whole Foods and Walmart both started selling less than perfect produce after testing within their markets.

Ugly produce campaigns can reduce the 10% of food waste that grocery chains actively contribute too. Retailers like Hungry Harvest capture these odd looking, but deliciously consumable fruits and vegetables to make important nutrition staples more affordable. Meanwhile, Kroger’s family of business’s Food Rescue efforts has put more than 450 million pounds of food on the tables of families in need over the last decade.

Other grocery stores can follow Kroger’s lead by reaping the tax benefits of charitable contributions of unused foods to local shelters. 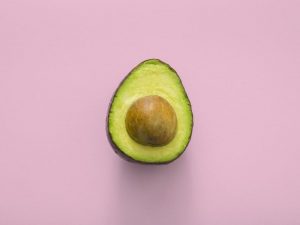 Kroger recently partnered with Apeel to fight food waste. This fall, Kroger launched the initial pilot and a national campaign with Apeel avocados reaching all 1100 U.S.-based stores. Apeel has unlocked the science to keeping fruits and vegetables ripe longer—adding a layer of plant-derived protection to the surface of fresh produce.

And the results are undeniable. These thicker-skinned fruits and veggies have longer shelf lives with more water retention and slower oxidation, meaning less spoilage.

Kroger is also partnering with Apeel to introduce new, longer-lasting asparagus and limes via a pilot in the Cincinnati market this fall—promising to double shelf lives. This is big news when it comes to asparagus that is known for having the highest carbon footprint of any produce due to the air freight involved in the upstream supply chain.

But with Apeel suppliers can shift to ocean liners with asparagus that lasts twice as long. Moving away from air freight can save suppliers 90% on transportation, while sparing the planet almost 88% of the GHG emissions which Forbes says is akin to pulling 100,000 vehicles off the road.

You won’t be able to look away from Apeel’s time below that show how much longer their produce lasts from tomatoes and asparagus to lemons and apples.

Now thanks to science and your moral conscience, there’s more time than ever to get your excess produce to the local food bank. So, how will this change what’s possible for your organization and your community?