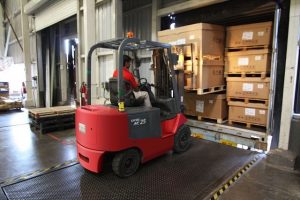 A few weeks ago, I couldn’t sleep and after swiping through HBOGO found a Last Week Tonight episode on one of my favorite topics. That’s right, Logistics. John Oliver’s video on warehouses has racked up 5.9 million views this month. And it’s all about the dark side of warehousing, with shocking stats like this one from the U.S. Bureau of Labor Statistics that injuries of warehouse employees outnumber coal miners, construction workers and loggers.

If you don’t want to watch the video, let me give you the highlights. John Oliver touched on disturbing reports on one warehouse’s workers who were denied breaks. Some of those workers miscarried and one died of a cardiac arrest after being short of breath. One worker posted from the warehouse on Facebook: “THEY’RE REALLY TRYING TO MAKE US WORK AND THIS LADY DEAD BODY IS STILL IN THE BUILDING.”

And of course, on the eve of Amazon Prime Day, the segment highlighted the eCommerce and logistics leader. While disclaiming that Amazon “isn’t the worst” in the warehousing industry and sharing that they’d raised employee hourly pay to $15.00, Oliver continued on to share working conditions communicated by employees on camera. One senior man described walking 15-17 miles a day over a ten-hour shift to which Oliver quipped, “how badly do you really need those Tide Pods?”

Video after video of Amazon workers of every age aired speaking of the impossible working conditions—sprinting across a warehouse the size of two football fields.

Speaking of airing your grievances on social, Amazon’s SVP of Operations, Dave Clark, took to twitter to air his, read more HERE

Clark clarified that he is a fan of the show, but rebutted the episode saying John Oliver is wrong about Amazon.

The result? The Twitter feed erupted with complaints about working conditions from consumers and previous workers. Although one adamant and bot-like “Amazon FC Advocate” continued tweeting how great her work experience has been.

And while Amazon does not release its sales numbers, Retail Dive estimated that the company was poised to rake in $5.8 billion this year. That’s after all the news reporting and outrage expressed across various social mediums. So what have we learned?

Here are 3 reasons you should ensure your warehouse workers have the best working conditions, (good karma aside):

1. Anyone can see inside your warehouse.

Thanks to social media. Workers at almost every warehouse mentioned in the news segment posted about negative working conditions—some of them while on the warehouse floor. One worker even (anonymously) shared Amazon’s video on halting workers’ attempts at unionizing on YouTube. (Yes, this is real.)

So keep in mind that no matter what social media policy you have in place—modern day activism is just a couple clicks away—angry employees will take their fight to the platforms. So agree or not, be mindful that anything that occurs within the walls of your warehouse and corporate offices can be shared with the public in seconds.

With millennials making up more than half of the American workforce by 2020, you can imagine how many of them are already Head of Household shoppers. And they want brands whose values identify with theirs. In fact according to the National Retail Federation (NRF), 60% of consumers would say sayonara to their favorite brand if their values don’t mesh.

Now, in fairness to Amazon, they frequently offer tours of their warehouses (an opportunity Oliver and his producers declined) to share working conditions with their shoppers and potential employees.  And in case you’re wondering, no, unfortunately I didn’t have time to stop by one of their warehouses before I started this blog.

But it poses a question. How can you share your worker-friendly conditions? And that brings us to my last point which I blogged about in 3 Amazon Moves You Need to Know About Now and How You Can Compete.

Achieving ridiculously competitive working conditions and benefits isn’t just the right thing to do, it’s the smart one. Even if you aren’t Amazon-sized you can compete and in more ways than one. There’s a historical shortage of long haul truckers and warehouse workers for retailers, 3PLs and logistics companies to hire. Position your benefits upfront across social media, your company’s LinkedIn page and boiler plate job descriptions. Basically everywhere.

You can also share your working conditions in real ways—have press outlets come tour warehouses on opening day. Have your employees talk about their experience and what makes it so different from other warehouses (without naming names). Make your human initiative part of your company mission—so when consumers shop your brand they know they are supporting the most ethical working conditions. Because it matters. 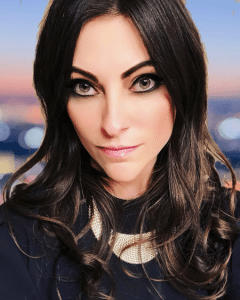 Naomi Garnice is the Managing Director of Let’s Talk Supply Chain’s Women in Supply Chain blog series. In her full-time role, Naomi is the Director of Marketing for MicroAge, a company helping companies across the chain mobilize their workforce. She has over 12 years of experience in marketing and technology and her works have been published by Forbes and Mashable and referenced by the New York Times Online.